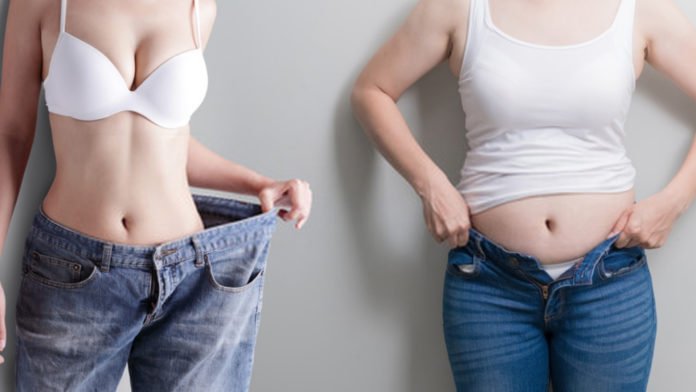 Is there to lose weight? Yes, this is not a joke! Nutritionists say: to get rid of kilograms, you need to forget about starvation. Excess weight will go away if you radically change your diet to include more healthy foods that help burn fat, improve metabolism, and saturate faster.

If you want to lose weight, love the spicy Mexican and Asian cuisine. Hot pepper contains special substance capsaicin: it does not dissolve in water and easily reaches the fat layer, splitting it. A recent study by American and Chinese scientists suggests that a diet high in chili peppers helps to lose weight, reduces appetite, and helps fight inflammation in the human body.

And British scientists came to the conclusion that the “pepper” diet helps burn more calories. It does not really matter in what form you add pepper to your food: whether you eat it fresh, as part of sauces, or season the dish with dried spices. The main thing is to do it regularly – at least several times a week.

Greek yogurt is obtained by separating almost all whey from classic yogurt. The result is a thick product with a dense silky texture, in which a spoon can easily “stand”. Together with the liquid, most of the milk sugar, lactose, which often causes intolerance in the adult body, go away. But it remains protein, calcium and vitamin D.

100 grams of this product contains about 10 g of protein and 100-150 mg of calcium. which not only strengthens bones but can also accelerate weight loss by 50-70%. how found out Scientists from the University of Tennessee in the USA, people who consume three servings (about 300 grams) of Greek yogurt daily lose almost twice as much fat as those who avoid dairy products in their diet, provided that the calorie content of the diets is the same.

In green tea, the content of catechins is high – organic substances from the group of flavonoids that “make” the body spend more energy and also reduce appetite. Catechins help break down fat, especially from stocks located on the stomach. Studies by American and Japanese scientists suggest that regular consumption of green tea leads to a decrease in the percentage of fat in the body, reduces the content of “bad” cholesterol (in low-density lipoproteins). The habit of drinking this drink reduces the risk of developing obesity and cardiovascular disease.

Egg protein is the most easily digestible protein of all existing ones, and the yolk contains a lot of vitamin A and traces elements that are actively involved in the breakdown of fats. American scientists conducted an experiment: they served omelet with vegetables for one group of overweight people for breakfast and bagels for the other, while the calorie content was the same.

Otherwise, their diet did not differ. After 8 weeks, the performance of the two groups was compared. It turned out that the participants in the first group lost 65% more than the second, their average waist decreased by 34% more and the percentage of body fat – by 16%. Nutritionists, however, remind you that you should not eat more than two or three eggs a day, and it is best to cook them paired with a lot of vegetables.

Hercules was not in vain respected in kindergartens and school canteens: oatmeal is rich in fiber, which plays a crucial role in appetite control and helps maintain intestinal health. According to WHO recommendations, the average fiber intake per day is 25-30 grams. In a bowl of oatmeal about seven to ten grams of it. Oats contain magnesium, potassium, calcium, phosphorus, iron, zinc, and a large number of useful trace elements that are responsible for bone health and muscle development.

In addition, the introduction of high-fiber cereals into the diet helps to form and assimilate healthy habits for a long time. In one experiment in the US, subjects continued to avoid fast food for six months after they no longer controlled their food intake. To get the most out of it, forget about instant cereals and “instant” flakes. Oatmeal for losing weight is cooked from cereals for 20-30 minutes, on water, and without added sugar. The “basic” porridge can be varied with additives: fresh or stewed vegetables, cottage cheese, apples, berries, and nuts.

Many of us have too busy schedules to devote the necessary time and attention to eating. Meanwhile, our stomach is not evolutionarily adapted to this: receptors in its upper part send signals to the brain about satiety only 15-20 minutes after the start of food. Many people eat too fast, chew food poorly, and eat one and a half to two times more than they need. A good way to avoid overeating is to reduce your serving and make it a habit to end your meal with sugarless chewing gum. According to studies by scientists from the UK, this technique will help reduce appetite and drown out hunger. In addition, chewing gum will take care of protecting your teeth from caries between meals. A healthy smile is a nice bonus to a slim waist, isn’t it?

Weight Loss: Should I skip rice to lose weight?

Want to Lose Weight? Know the 5 Facts About the Carbo Diet

What is Hormonal Hair Loss? Causes, symptoms, and ways to treat or prevent Hair...

Not fashionable and dangerous: 5 main anti-trends in cosmetology

Good fats: what you need to know about the keto diet (plus three recipes)

Losing weight together: the trendiest diets of 2021

ABOUT US
My Fitness Fly is the health and fitness blog known for providing knowledge and tips to stay fit. This blog is a resource for you to learn and expand your knowledge of nutrition, fitness, and health.
Contact us: contact@myfitnessfly.com
FOLLOW US
© Copyright 2020 | All rights reserved | My Fitness Fly
MORE STORIES

Losing weight together: the trendiest diets of 2021

How effective is the keto diet for stubborn lower belly fat?